Kwashiorkor is the name given to a syndrome often found in communities with poor access to food. It is particularly associated with children shortly after weaning. It is characterised by oedema (swelling), especially of the extremities, a distended abdomen, an enlarged, fatty liver, and changes to skin and hair colouration.

Although this cluster of symptoms had often been observed in young children and in food insecure communities throughout the historical record, it was only identified as a syndrome and named in the 1930s in two papers by Cicely Williams, a doctor working in the Colonial Medical Service on the Gold Coast (modern day Ghana). Williams later became the first head of the Maternal and Child Health division of the WHO, and was among many to support further investigation into kwashiorkor. By the 1950s it was widely believed both that kwashiorkor was caused by diets with sufficient calories but deficient in protein, and that it was the leading cause of child mortality in the world.

Later work has complicated both the epidemiology and medicine of kwashiorkor. By the early 1970s it was clear that in many communities, diseases of food insecurity in young children were more likely to present as marasmus (see Protein malnutrition and PEM) than as kwashiorkor—sometimes different presentations could be found in children eating the same diet. The idea that kwashiorkor was the leading cause of child mortality around the world was not supported by the evidence, although the claim is still sometimes made in the literature even now. It was also no longer clear that kwashiorkor was caused by specific protein deficiency, since it is rarely found without undernutrition (insufficient calories).

Even though the best treatment regimens involve gradually introducing more protein into the diet, there is still not complete agreement on the cause(s) of kwashiorkor. Poor diet, particularly a diet deficient in protein, is central, but many other factors have been argued to play a role, including recurrent gastroenteritis, fungal infections  and parasites. Nevertheless, the term is still often used in typologies of protein- energy malnutrition to refer to specific protein malnutrition (see Protein malnutrition and PEM). 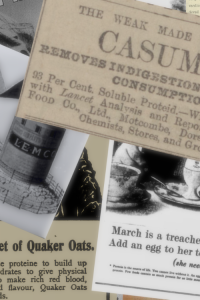 Primed for power: a short cultural history of protein

The history of protein, from its 'discovery' and naming in 1838, is a story weaving science, nutritional politics, cultural attitudes to food, and…