Industry-funded studies can be silenced if results unfavourable

This paper explores industrial influence over industry-funded studies, using Coca-Cola as an example. It finds that, despite Coca-Cola developing a set of principles to guide transparency in the research it funds, the terms of funding it provides for some projects theoretically allow Coca-Cola to terminate studies early without reason and demand the recall of all documents from the study. However, no evidence was found of Coca-Cola having actually suppressed the publication of studies with unfavourable results.

The authors suggest that statements on funding and conflicts of interest should include more detailed information about the extent to which it is possible for funders to influence a study. They also call for industry funders to publish lists of any studies that they have terminated.

Concerns about conflicts of interest in commercially funded research have generated increasing disclosure requirements, but are these enough to assess influence? Using the Coca-Cola Company as an example, we explore its research agreements to understand influence. Freedom of Information requests identified 87,013 pages of documents, including five agreements between Coca-Cola and public institutions in the United States, and Canada. We assess whether they allowed Coca-Cola to exercise control or influence. Provisions gave Coca-Cola the right to review research in advance of publication as well as control over (1) study data, (2) disclosure of results and (3) acknowledgement of Coca-Cola funding. Some agreements specified that Coca-Cola has the ultimate decision about any publication of peer-reviewed papers prior to its approval of the researchers’ final report. If so desired, Coca-Cola can thus prevent publication of unfavourable research, but we found no evidence of this to date in the emails we received. The documents also reveal researchers can negotiate with funders successfully to remove restrictive clauses on their research. We recommend journals supplement funding disclosures and conflict-of-interest statements by requiring authors to attach funder agreements.

Read the full paper here and see media coverage here: Cambridge University report says Coca-Cola's academic research funding comes with a hitch. It can kill studies it doesn't like. See also the Foodsource chapter How are food systems, diets, and health connected?, the book Unsavory truth by Marion Nestle, and the paper Soda industry influence on obesity science and policy in China. 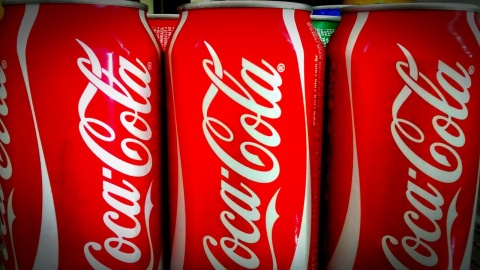